A brief overview of Planet Labs: saving the Earth (for a small fee) 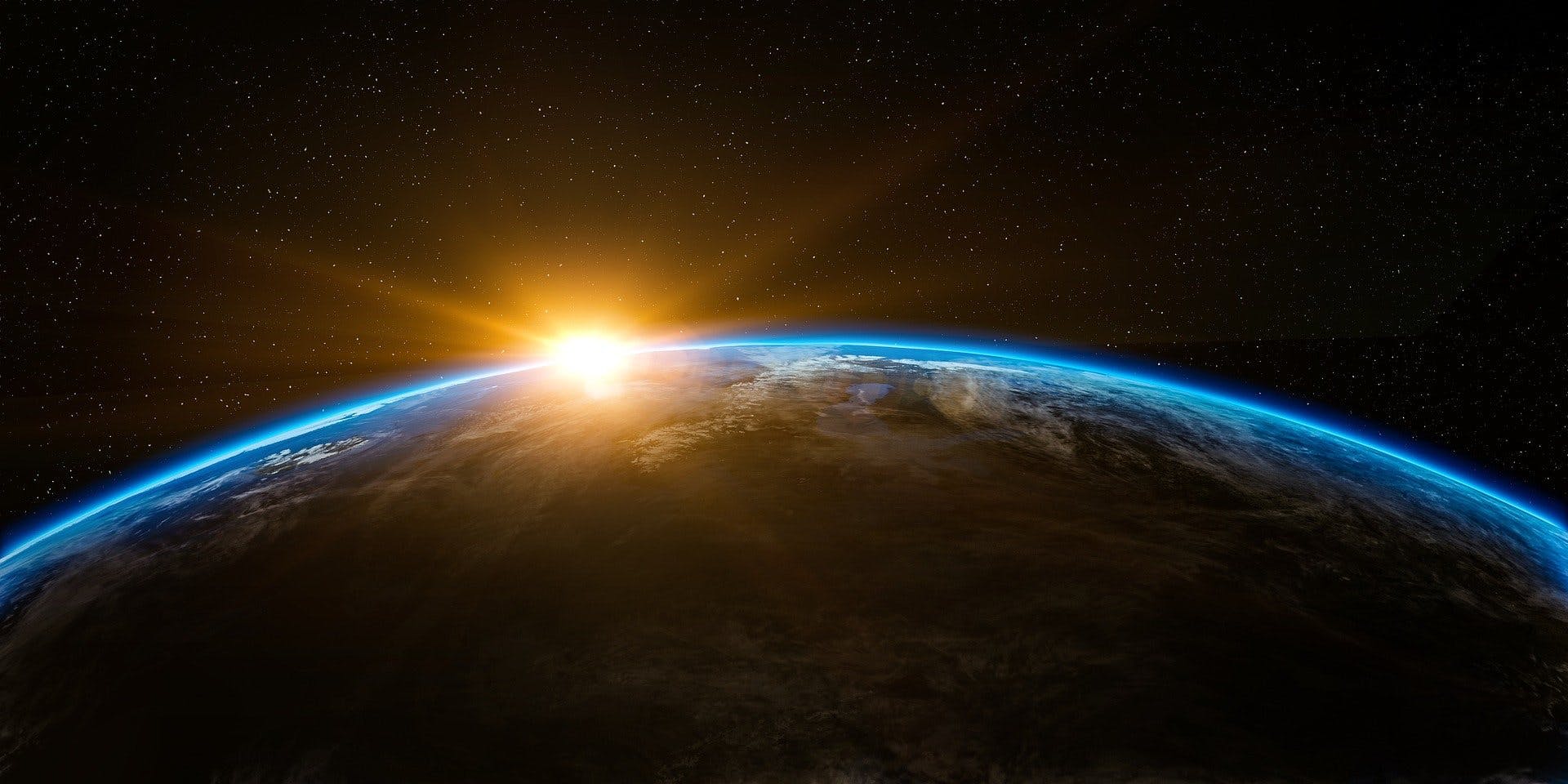 If you’re going to name your data, tech, and satellite company something as aspirational as “Planet,” you’d better have all your environmentally conscious, carbon-credit-issuing, climate-change-fighting, free-range organic ducks in a row, and these folks do. But don’t forget it’s a business. With a current “buy” recommendation for their stock (NYSE:PL), a healthy amount of cash on hand, and lots of black on their balance sheet, Planet Labs looks like they’re living the startup tech company dream, making such an impact that they even started acquiring companies from, and then selling data to, Google.

Let’s take a quick look at this nerdy, Earth-conscious-but-sorta-capitalist space firm and see how they’ve gotten so good at what they do.

What is Planet Labs and what does the company do?

Planet Labs PBC (formerly Planet Labs, Inc. and Cosmogia, Inc.), known in the industry and by their trade dress imagery simply as “Planet,” is a publicly traded American satellite imagery and data company that provides high-resolution, multi-spectral, and panchromatic imagery of the earth for various applications in energy, defense, agriculture, urban planning, forestry, and environmental monitoring, as well as for natural disaster mitigation and reporting. If you’ve used Google Earth, satellite reports, crop estimate maps, climate change news sites, or dozens of other satellite-image-based data resources, chances are, you’ve been benefiting from Planet’s constellation of inexpensive, low-flying satellites… and someone somewhere along the line is paying a pretty penny for it.

Planet helped revolutionize commercial satellite construction and deployment, developing its very small and relatively inexpensive CubeSat satellites (also called “Doves”) utilizing commonly available processors and electronics. These small satellites fly lower and need to be replaced more frequently than other, more expensive, longer-lived satellites in what we might call the “legacy” format (at an orbit of around 400 to 500 kilometers, or 250-310 miles above the earth, compared to a more typical 800 to 1,200 kilometer [500-750 mile] orbit), but this lower orbit means they can provide higher-resolution imagery at a lower cost and from a smaller overall package than was previously possible.

As one report puts it, “[Planet’s satellite constellation] can monitor anything and everything on Earth.” Every day. “They offer an extraordinary amount of coverage almost as if it’s near real-time.”

Planet Labs is proud of the company’s business metrics, touting “more than $100M revenue,” 800 corporate, non-profit, and government customers, over 200 operational satellites, and an impressive 90%+ recurring ACV (Annual Contract Value). Perhaps even more impressive is that Planet maintains an ongoing record of 100% successful contact rate with its satellites once launched.

(The company has deployed over 500 satellites to date, more than any other commercial company in history, and of course small, light, inexpensive satellites in lower earth orbits fall out of the sky or otherwise become inoperative relatively quickly, but after launch, Planet says they’ve been able to maintain that 100% contact rate after initial deployment.)

Though the company is now publicly traded and on a solid financial track, Planet is careful to couch its achievements and technologies as altruistic and beneficial to the Earth and humanity at large, which is important to its status as a Public Benefit Corporation (PBC). A company release says Planet is “working to scan the Earth every day to make change visible, accessible, and actionable. This data is incorporated into the workflows of over 800 customers globally and thousands of users in agriculture, sustainability, government, and more, to help power better decision making. From measuring crop yields to fighting illegal deforestation to supporting land restoration efforts, global users are finding great value in Planet’s monitoring capabilities.”

Crucially, Planet Labs has current contracts to supply imagery to various agencies of the US government, including NASA, FAS, NOAA, Oak Ridge National Laboratory, Sandia National Laboratories, and the Bureau of Reclamation.

How large is a Planet Labs CubeSat/Dove or SkySat satellite?

The original Dove CubeSats by Planet Labs measure 10x10x30 centimeters (around 4x4x12 inches), about the size of a shoebox. They weigh around 5 kilograms (11 pounds), which is incredibly small for a satellite, particularly one that provides such high-resolution imagery.

The more recent SuperDove satellites aren’t much larger, but feature enhanced imagery, processing power, and a better system for their deployable solar panels.

One of the many advantages of Planet’s lightweight, inexpensive, and small satellites is they can be deployed piecemeal or in groups as part of other payloads (in so-called Rideshare satellite deployments from commercial space-launch companies such as SpaceX, which has been the primary delivery method for Planet), or even by larger devices known as CubeSat deployers as part of the International Space Station.

Through Planet’s acquisition of Terra Bella from Google in 2017, Planet gained access to the slightly larger SkySat format, which is similar to the CubeSat concept, and is constructed using inexpensive automotive grade electronics and fast, commercially available processors, but is a bit larger, approximately the size of a minifridge at around 80 centimeters (31 inches) long, and weighing about 100 kilograms (220 pounds).

TechCrunch points out, “One of the other nice things about making short-lived commercial satellites is that Planet Labs can frequently upgrade its equipment, with each new version of its doves having the most advanced technology available for use. Compare that to traditional satellite shops, which require multiple years of development to ensure that they won’t crap out early in their expected lifecycle. Doves, on the other hand, are more or less made to be disposable — and that’s a good thing.”

Who founded Planet Labs and when?

Planet Labs was founded by former NASA scientists Chris Boshuizen, Will Marshall, and Robbie Schingler in 2010. The company was initially called Cosmogia. The stated goal of the fledgling company was to make use of information gathered from space to help improve life on Earth.

These scientists weren't impressed with the large size, huge expense, and “clunky” form of most satellite designs, prompting them to build and deploy their new “flocks” of inexpensive and compact satellites that could be made cheaply, and in bulk. The group began building Planet’s first CubeSat satellite in a California garage.

Planet Labs went public as a Public Benefit Corporation in December 2021 via a merger with the special purpose acquisition company, DMY Technology Group Inc, with an estimated value of around $2.8 billion, and about $500 million in capital as a result of the merger and IPO.

How does Planet Labs make money?

As Cosmo from Sneakers (go watch it) wisely stated, “It’s all about the information!” Planet’s “flocks” of Dove, SuperDove, and SkySat satellites provide daily or even hourly updates of high-resolution imagery in multiple spectral bands. This information is provided in an analysis- and machine-learning-ready format that can be utilized by multiple companies, governments, and organizations, and can be incredibly valuable.

In addition to the above list of prominent American .gov clients (along with a bunch of other world governments), Planet Labs also has a multi-year contract with Google, who purchases Earth-imaging data from Planet. Cha-ching!

Trekkies, or “Star Trek nerds” if you’re feeling snarky, commonly ascribe to Star Trek creator Gene Roddenberry’s science-based neohumanist worldview, and this aligns nicely with Planet Labs’ mission to provide information that might help save the world from being destroyed by unethical, unscrupulous, or ignorant people and organizations. After all, you can’t let everyone know exactly how much Brazilian rainforest is being slashed and burned, or how fast the polar icecap is shrinking, or how large those toxic nickel mines are getting, if you don’t have accurate, up-to-date, and historical imagery of it all.

A recent batch of Planet’s SuperDove satellites was launched aboard a SpaceX Falcon 9 rocket and successfully deployed to replenish part of a constellation. A company release says that a “select number [of satellites] from this flock are adorned with artwork that… pays tribute to the legacy of Star Trek creator Gene Roddenberry, as part of Planet’s collaboration with The Roddenberry Foundation’s Boldly Go Campaign. The Roddenberry Foundation and Planet share a similar mission of using space to inspire and help life on Earth and are thrilled to see the culmination of this work launched to space today.”

Planet worked with Rod Roddenberry, CEO of Roddenberry Entertainment and Gene’s son, to bring this to pass. In another release, Planet revealed that “The Roddenberry Foundation launched this campaign in 2021 to celebrate Gene’s hopeful vision of humanity’s future — one of inclusion, scientific progress, and cooperation. Five of the SuperDoves on this mission will have artwork laser-etched onto their side panels that is inspired by the over 1,500 submissions to the Boldly Go campaign, which asked the world to share what gives them hope for humanity’s future.”

Since there are over 8,200 satellites currently orbiting the Earth, it seems clear that at least part of humanity’s future is tied to these remarkable pieces of technology and the information they convey. Here’s hoping we can learn how to work together and use it to make intelligent and ethical decisions, so we can, you know… live long and prosper.