An overview of hypersonic missiles—and why we need them 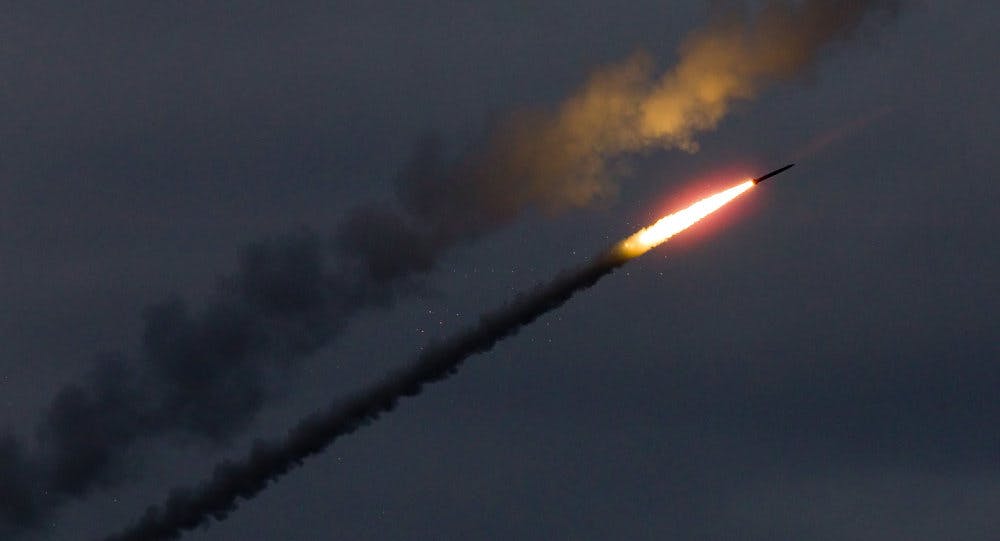 People who were alive during the Cold War of the second half of the 20th century (or who are fans of Dr. Strangelove or Wargames) are familiar with the “normal” way humanity intended to end its own existence: In a global thermonuclear war in which ballistic missiles and long-range bombers would conduct mutually assured destruction on pretty much all parties involved, no matter which side was crazy enough to start it.

However, the fall of the iron curtain and the transition of the USSR’s warlike, dictatorial communist rule into Russia’s warlike, dictatorial capitalist rule has left a lot of uncertainty about what capabilities today’s nuclear powers have, what their defensive technology looks like, and what remaining and new threats the US may need to prepare for.

One of these new threats that has been slowly coming to light in recent years is the new generation of hypersonic missiles, and CNN reports that Russia and China are well ahead of the US in developing this technology. Let’s go over what we know so far.

What are hypersonic missiles?

Hypersonic missiles, as the term applies to recent technology, are vehicles that can travel at hypersonic speeds, which is 5 times the speed of sound (mach 5—around 3836.35 miles per hour) or significantly faster. Today’s hypersonic missiles fly at much greater speeds than ordinary aircraft, can potentially enter low earth orbit, and, importantly, can change direction to evade traditional tracking and anti-missile technology.

Additionally, since some of the new hypersonic weapons “breathe” air, using scramjet or hydrocarbon-explosion-pulse engines, they don’t need to utilize solid or liquid rocket fuel with self-contained oxidizers, and can be launched by smaller, lighter rockets or dropped from other aircraft.

The intercontinental ballistic missile (ICBM) has been the mainstay of the world’s nuclear arsenals since 1957 with the USSR’s first design and successful launch, and 1959 with the US’s. All current ICBMs in the world’s arsenals are hypersonic, reaching speeds of up to 15,000 mph at their maximum velocity. The nuclear payload that can be delivered by a single ICBM has grown from frightening to truly horrifying over the intervening years, with the development of the MIRV (multiple independently targetable reentry vehicle) design that allows a single ICBM to carry and deliver up to 14 warheads.

However, while those warheads can be individually targeted within certain limits, the missile and warheads utilize a free-flight ballistic flight path that can be mathematically predicted once begun and the warheads are released. This characteristic makes it theoretically possible to build defensive systems capable of targeting and destroying the missile and/or MIRV warhead before impact, though it is extremely complicated and expensive to do so.

The new types of hypersonic missiles don’t fly as fast as an ICBM, but are much lighter, smaller, and more maneuverable.

In May 2022, CNBC reported that China had tested a new hypersonic missile with an engine “powered by low-cost hydrocarbon fuel explosions and it achieved stable operation during a simulated hypersonic test flight.”

The report also said that China was “trying to create a hypersonic weapon that will be capable of hitting a moving target while moving at five times the speed of sound. . . . such a weapon will need to successfully track and zero in on the target at high speeds and the current thermal tracking systems are incapable of doing that. But they seem to have found a solution by taking the help of motion sensors to create a full image keeping all the variables in mind.”

The US, Russia, China, and India have all developed and tested hypersonic weapons, according to the report, as well as possibly North Korea.

What are the three types of the new-generation hypersonic weapons?

Does the US have a hypersonic missile program? How much does it cost?

The US tested a hypersonic missile in March 2022, but kept it quiet for a couple of weeks to avoid escalating tensions with Russia, according to CNN.

“The Hypersonic Air-breathing Weapon Concept (HAWC) was launched from a B-52 bomber off the west coast, the official said, in the first successful test of the Lockheed Martin version of the system. A booster engine accelerated the missile to high speed, at which point the air-breathing scramjet engine ignited and propelled the missile at hypersonic speeds of Mach 5 and above.”

In addition to the HAWC, the US is actively developing hypersonic defense systems, that is, defense systems designed to intercept and destroy hypersonic weapons. In November 2021, the Pentagon announced that it had awarded research and development contracts to Northrop Grumman, Lockheed Martin, and Raytheon to build, as Reuters reports, a “glide phase interceptor that would be guided by a constellation of satellites and sensors to intercept a hypersonic missile inside Earth’s atmosphere as it glides towards its target.”

In June 2022, the Pentagon announced that Missile Defense Agency (MDA) awarded Raytheon and Northrop Grumman contracts to continue to develop hypersonic weapon interceptor systems, with up to $62 million earmarked for Raytheon and up to $60 million for Northrup.

As far as the total budget and final cost of a hypersonic weapon system, much is still unknown. We do know that “The Pentagon’s FY2023 budget request for hypersonic research is $4.7 billion—up from $3.8 billion in the FY2022 request. The Missile Defense Agency additionally requested $225.5 million for hypersonic defense,” according to the May 5, 2022 Congressional Research Service report.

Reuters reported, “A recent Government Accountability Office (GAO) report said MDA's internal cost estimates for an interceptor system ranged from $3.7 billion-$4.2 billion with accelerated funding. Congress’ 2023 draft defense budget includes funds to accelerate the development of the program, but that bill has not yet been finalized.”

In a supreme example of understatement, a Reuters report said that “the program will ultimately yield billions of dollars of revenue for defense contractors.”

With the buzz around the “new threat” of hypersonic nuclear weapons, there has been a renewed discussion about the importance or relevance of “deterrence” as an effective strategy to prevent global war.

Legion.org says, “the nuclear deterrent – so central to the security of the United States and its allies in decades past – [may seem] irrelevant to today’s threats, leaving too many Americans to question the value of the most powerful weapon in the arsenal. For nuclear abolitionists, the decline in the visible threat posed by Moscow – and in the day-to-day relevance of the nuclear deterrent – is proof that nuclear weapons are a Cold War anachronism.”

This is likely the belief held by many younger Americans, or those who don’t understand that the US nuclear arsenal may be the very thing that has kept us safe from a third global war.

Legion.org continues, “Perhaps the least appreciated but most important fact about the US strategic nuclear arsenal is that Washington has, contrary to popular belief, used nuclear weapons to defend our sovereignty every single day since Aug. 6, 1945. After Hiroshima and Nagasaki, nuclear weapons took over the central role in deterring America’s adversaries from attacking the homeland. To be sure, nuclear weapons have not prevented every adversary from challenging the United States, but nuclear deterrence can be credited with ensuring that the Cold War never turned into a third world war. It’s no coincidence that between 1914 and 1945, before the advent of the bomb, some 76 million people – including no less than 522,000 U.S. military personnel – were killed in two global wars, or that there have been no global wars in the 70 years since. In other words, nuclear weapons have paradoxically kept the peace between great powers and between nuclear powers.”

With the nuclear big boys all investing heavily in new hypersonic vehicles and missile defense technology, it seems clear that humanity still relies on nuclear deterrence to maintain a tenuous balance of peace. Hopefully the defense technology can advance quickly enough to effectively neutralize these new threats.

Like Joshua said, “A strange game. The only winning move is not to play.”