Disruption has come for the aerospace supply chain 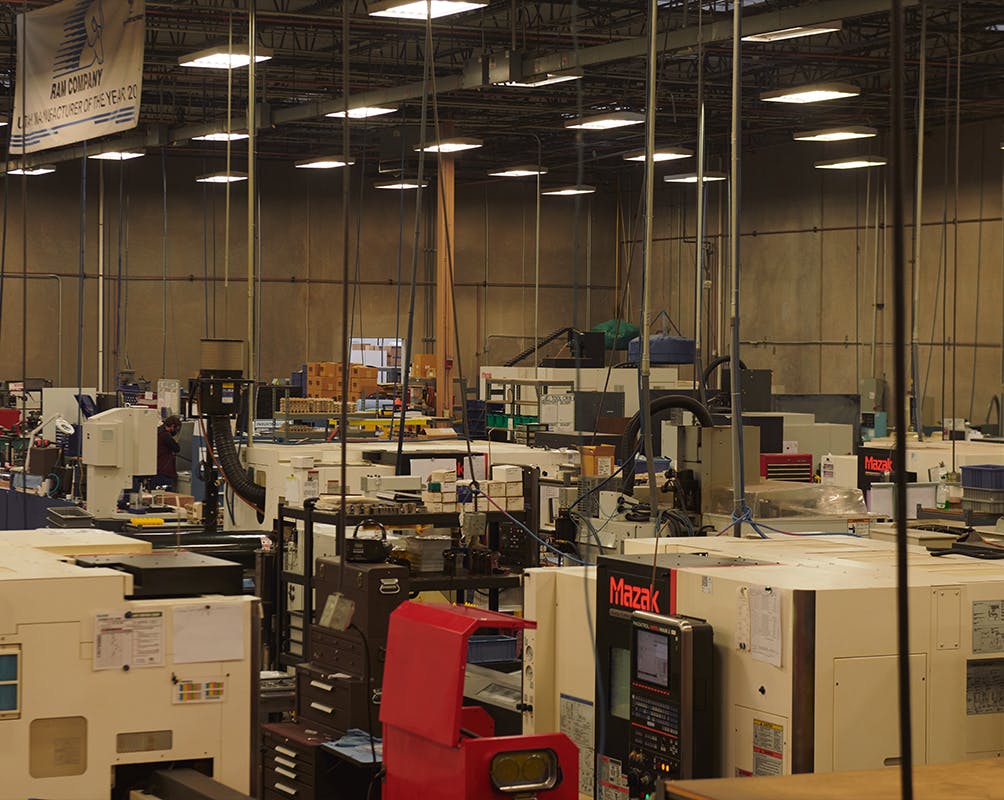 Anyone who found themselves rationing or hoarding toilet paper when the Covid-19 pandemic kicked off in 2020 has the words “supply chain disruption” etched permanently into their brain. At the same time, anyone who is back to tossing TP around with reckless abandon knows that most supply chain disturbances are temporary.

This post is about a different, permanent form of disruption that has come for the aerospace industry’s supply chain. Buckle up as we connect a few dots that lead to the undeniable realization that the entire aerospace supply chain is about to be totally remade.

One can’t understand where the aerospace industry is going without understanding where it came from. The modern aerospace supply chain – with “primes” at the top, followed by OEMs, system integrators, component manufacturers, and suppliers – was forged on the anvil of the Cold War.

After World War II, nations jockeyed for position in the global power hierarchy, leading to a technological arms race between the U.S. and Russia. With the power of atomic weapons demonstrated with devastating force in Hiroshima, it became clear that the specter of nuclear warfare was a powerful lever in global politics. Both the U.S. and Russia saw spaceflight demonstrations as paramount in establishing credibility in ballistic rocket capabilities. Winning the Space race became a matter of national security, especially after the reverberations of “Sputnik shock” from the U.S.S.R.’s first-ever successful space satellite launch in 1957.

Fueled by a visionary goal to reach the moon first, and the national security imperative of discouraging utter global thermonuclear annihilation, the U.S. mobilized a once-in-a-generation innovation apparatus to build the Apollo program. Of course, Apollo 11’s historic lunar landing wasn’t the only mission impacted by this unprecedented push for innovation. This effort created the modern aerospace supply chain, with implications on not only NASA’s space programs, but also defense aerospace programs funded by the Department of Defense and commercial aviation programs that made behemoths out of Airbus and Boeing.

A season of incrementalism

Any student of history knows that trends are cyclical. Fatigue and complacency almost always follow victory, and urgency returns only when a new timely threat or opportunity arises.

The urgency that led to the Apollo 11 landing and the end of the Cold War eventually dissolved into a steady state. The aerospace supply chain shifted from urgent to long-term posture. Winners and losers solidified their spots in the hierarchy, processes were refined, and incentives across the space, defense, and civil aviation sectors reinforced incrementalism.

Along the way, industry consolidation sped up, rolling up specialized shops into in a small number of large aerospace companies that manage their finances by quarters to appease public investors. From the 1970s until now, the U.S. enjoyed mostly unchecked global supremacy in technological, economic, and military strength. So, the aerospace supply chain oriented its expectations – and, eventually, its entire culture – around incrementalism. “Good enough” was the goal, and everyone wanted to crush costs at all costs. A zero-risk mentality took hold.

At some point, every zero-risk mentality gives way to zero-boundaries thinking. “Necessity is the mother of invention” is just another way of saying “urgency drives innovation.” After decades of incrementalism, aerospace is finally experiencing urgency on the level of the first Space Race, across all sectors:

So, uh, yeah. There’s a lot of innovation pressure in aerospace. In fact, our CEO, Brian McCann, co-wrote an article for Utah Business magazine with Greg Manuel, head of Northrop Grumman’s Strategic Deterrent Systems division, in which he coined the term “innovation imperative” to describe this massive ball of urgent energy.

Innovation might start at the top of the value chain, but it always flows down. Think about the consumer internet. Way back in the early 2000s, you could just find a business’s phone number on their website to call and place a traditional phone order. Then, you could fill out a form and place an order online. Later, you could pay for that order with a credit card tied to your account. Now, you can do all that and get whatever you want delivered in a day or two without ever interacting with an actual human.

For the consumer internet, opportunities at the top of the internet food chain created innovation pressures all the way down. For example, legacy credit card processors struggled to adapt their business models to a world run by software engineers, making room for digital era mega-successes like Square and Stripe to dominate online payments. It was a classic disruption scenario, and there are dozens more examples in the internet's history to date.

The same thing is happening in aerospace right now. Innovations at the platform level *require* innovation in the supply chain, as well. There are technical problems, like thermal regulation (ahem!), that can’t be solved by legacy solutions that have been around for 70 years. It’s tough for legacy companies to innovate fast enough to solve these constraining problems because their cultures and incentives don’t align with responding to disruptive pressures. As the father of the “disruption” concept, Clay Christensen, said:

“The reason why it is so difficult for existing firms to capitalize on disruptive innovations is that their processes and their business models that make them good at the existing business actually make them bad at competing for the disruption.”

As we like to say at Intergalactic, you can’t build tomorrow’s breakthroughs with yesterday’s technologies. Innovation is no longer optional, especially in the aerospace supply chain.

One very good barometer that an industry is about to be disrupted is when venture capital starts flowing into it. Institutional investors are very good at recognizing markets that are about to pop or pivot. It’s telling, then, that a few of venture capital’s most iconic firms recently poured a ton of money into Hadrian, a startup that is trying to reimagine the model for manufacturing machined parts for the aerospace industry.

For Hadrian, the factory is the product. The company has innovated a scalable factory model that uses automation to create, the company claims, 10x efficiencies in producing precision aerospace components. Hadrian’s lead investors, Andreessen Horowitz and Lux Capital, recently revealed some key insights about how they’re viewing the aerospace market in blog posts about their investment in Hadrian:

The aerospace industry is feeling innovation urgency not seen since the Space Race, with implications across all sectors. As a result, the entire aerospace supply chain is being remade – in slow motion for now, but accelerating soon. Tomorrow’s winners and losers are being made today. Innovate or die.