Your complete guide to the GBSD Sentinel program 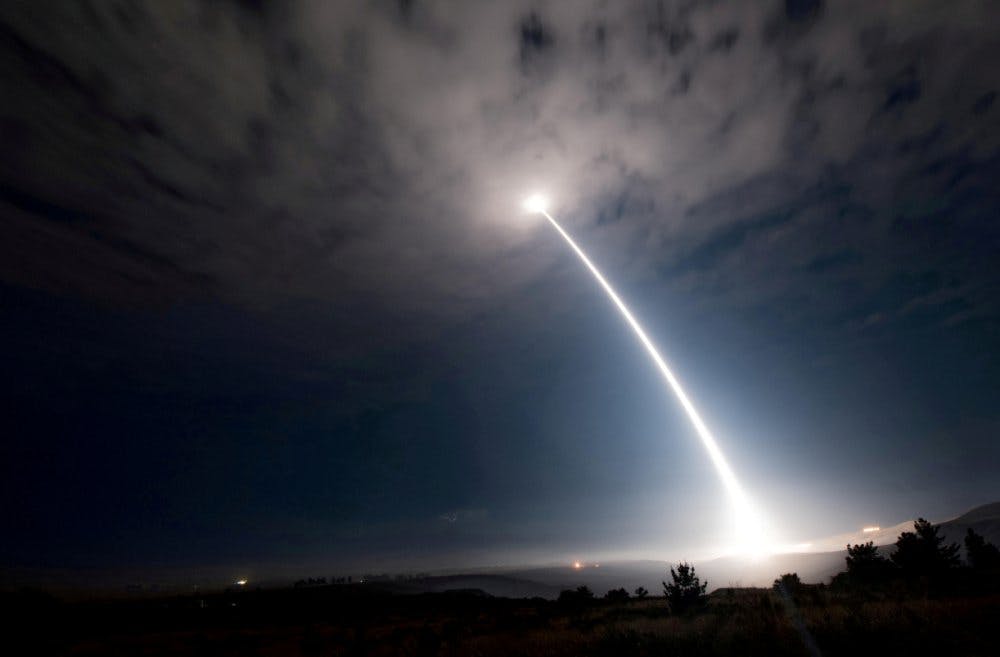 If you’ve been paying attention—and most likely, you haven’t—the USA’s arsenal and launch systems for intercontinental ballistic missiles (ICBMs) has been steadily aging as the world has transitioned away from the old cold war and into the (potential) new cold war.

The LGM-30G Minuteman III ICBM, initially deployed in 1970, was the first of the US’s ICBMs to have multiple independently targetable reentry vehicle (MIRV) warheads, and is currently the only ICBM in the U.S. inventory, with 400 missiles remaining in ready-to-go status after various nuclear arms agreements and the Non-Proliferation Treaty have thinned out the herd. (In case you’re curious, ICBMs are, by definition, land-based missiles. Missiles launched from submarines are not considered ICBMs and are inventoried differently.)

Production of the Minuteman III ceased in 1978. What this means is that the very newest Minuteman III missile is around 44 years old. Let that sink in a bit.

Though the Minuteman III has undergone a continuous program of upgrades and modernization since it entered service, the USAF has determined that it has become impractical and cost-ineffective to continue to maintain the Minuteman III as the U.S.’s primary ICBM system.

Starting around 2010, U.S. Strategic Command and the US Air Force have been working on a plan to procure and develop the replacement for the Minuteman III missile system… one that will remain in service until around 2075. This initiative was initially termed the Ground-Based Strategic Deterrent program, or GBSD.

What is the Ground-Based Strategic Deterrent (Sentinel) program?

The USAF’s LGM-35A Sentinel (originally called the ground-based strategic deterrent or GBSD) is the weapon system, currently in development, that will replace the aging LGM-30 Minuteman III ICBM system. Sentinel represents the modernization of the ground-based leg of the nuclear triad.

“These strategic forces are enabled by a secure nuclear command and control system and supplemented by a small number of non-strategic nuclear forces that provide an ability to forward-deploy,” says the DoD.

While the GBSD Sentinel program is going to replace the ground-based leg of the nuclear triad, the other legs are also in the plans or process of being upgraded and/or replaced over the next decade or so.

“Sentinel is the next-generation, capable ICBM we need,” says Gen. Anthony Cotton, commander, Air Force Global Strike Command. “Nuclear deterrence is central to our defense posture and more important now than it’s ever been. This system will be a highly resilient and capable deterrent that will bring global stability to us and our allies for decades to come.”

The USAF continues, “The Sentinel will not just be a new missile but a fully integrated launch, flight and infrastructure system with modern command and control features. It will backstop our Nation’s integrated deterrence and provide the bedrock for a stable international order for our partners and allies.”

Cost-effectiveness and technological longevity are primary factors in the decision to replace the aging Minuteman III system. The USAF says that the new Sentinel system will incorporate low-risk, technically mature components, and feature a modular architecture that can easily incorporate emerging technology to adapt in rapidly evolving threat environments.

Additionally, since it’s based on 2020s-and-up technology and infrastructure, Sentinel will be easier to maintain than the Minuteman system. These factors will enable cost-savings and ensure relevancy as the Sentinel is expected to remain as the primary ICBM system for the USAF well into the 2070s.

What is the budget for the Sentinel GBSD program?

These numbers have a way of escalating as times, technology, and monetary systems change, so it is difficult at this point to nail down a solid number when discussing the total budget for the Sentinel program.

As is often the case in government-military contracts, the GBSD program began with Air Force development contract awards in 2017 to the (then) two top players in the bids for a Minuteman III replacement. Boeing received $349 million, and Northrop Grumman received $329 million.

On Sept 08, 2020 the USAF awarded Northrop Grumman the GBSD (later termed “Sentinel”) Engineering and Manufacturing Development contract for $13.3 billion, after Boeing withdrew its proposal in July 2019.

Boeing expressed concerns about the fairness of the USAF’s evaluation and contract award process after Northrop Grumman acquired Orbital ATK, which made rocket motors for Boeing.

Defenseone.com reported, “Northrop initially refused to enter an agreement that would firewall Boeing proprietary data from its offices overseeing its ICBM. . . .That agreement was finally signed on July 3, but the delay greatly reduced the work that could be done between Northrop’s rocket division and Boeing…”

A Boeing company spokesperson said, “We have been raising our concerns about the procurement at all levels of the Air Force for more than a year. But after reviewing the latest [request for proposals], it was clear that the Air Force wasn’t going to adequately address our concerns. The competition was not going to occur on a level playing field on which Boeing would have the chance to effectively compete.”

Whether there were other factors in Boeing’s decision to withdraw from the competition is unclear, but since there were no remaining bidders, Northrop Grumman won the lucrative Sentinel contract by default.

When we’re talking about primary strategic defense systems employed by the top world powers, you can bet there will be big money involved. In 2019 defenseone.com reported that the new ICBM contract could be worth $85 billion. Based on other reports, we’re betting that it’s a bit north of that.

“The military is in the early stages of a sweeping overhaul of its nuclear arsenal. It’s buying new stealth bombers, nuclear submarines, cruise missiles, and ICBMs. The total price tag over the coming decades could top $1.5 trillion,” reported defenseone.com. Remember, that’s for upgrading all three legs of the “nuclear triad,” though.

The Federation of American Scientists’ reported estimate of the cost of the GBSD/Sentinel is a bit more realistic, we feel: “it is estimated to cost approximately $100 billion in acquisition fees and $264 billion throughout its lifecycle until 2075 (in Then-Year dollars).”

When is the Sentinel GBSD LGM-35A set to enter service?

Various sources place the deadline for Sentinel to enter service in 2029 or 2030, but that is apparently specifically in reference to the new ICBM itself, not necessarily the integrated launch and support systems.

Since the different Sentinel bases will be undergoing construction at different times, the USAF has released a rolling schedule of Minuteman III decommissioning and Sentinel installation at US missile bases according to the following timeline, per FAS:

Based on the turmoil of the past couple of years, it’s clear the world isn’t quite ready for total nuclear disarmament. And until it is, we’re glad that the US and its allies are working to keep our nuclear deterrent force at the peak of its operational and technological capabilities.