What is Skunk Works? Everything you need to know about Lockheed's super-secret innovation incubator 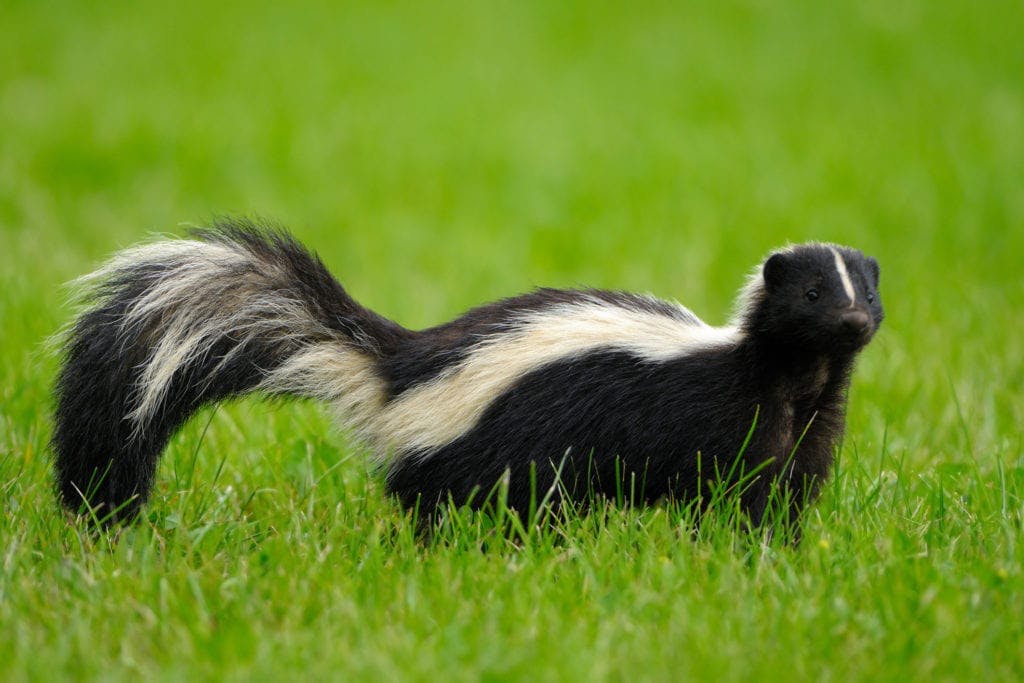 When it comes to innovation in aerospace, military aircraft development, organizational management, and just general badassery, Lockheed’s Skunk Works is impossible to ignore.

Shrouded in mystery, integral to history, with designs so frickin’ hot they’re downright blistery, the Skunk Works has come to mean not just an aerospace-nerdgasm of innovative, category-defining aircraft, but a new way for forward-thinking corporate leaders to design and equip teams for ultimate success.

Let’s go over the key points you need to know about the funky skunk and the mind-bending things they build.

What does Skunk Works mean and where did the term originate?

Al Capp's Li’l Abner was a hugely popular comic strip that ran in American, Canadian, and European newspapers from 1934-1977. Skonk Hollow was a lawless and mysterious neighboring community to Dogpatch (where Li’l Abner and the majority of the comic strip’s characters lived), and the notorious “skonk works” on the borders of Dogpatch was where the “inside man” Big Barnsmell brewed his toxic “skonk oil.”

There are a couple of plausible factors in the adoption of the term “Skonk Works” by Lockheed’s group of secret-project engineers: During the development of the P-80 Shooting Star jet fighter, Clarence L. “Kelly” Johnson’s engineering team was located next to a plastics factory, which, if you have ever been near one, can be quite smelly. According to project director Ben Rich’s memoir, an engineer jokingly showed up to work one day wearing a civil defense gas mask. One source opines, “To comment on the smell and the secrecy the project entailed, another engineer, Irv Culver, referred to the facility as ‘Skonk Works’. As the development was very secret, the employees were told to be careful even with how they answered phone calls. One day, when the Department of the Navy was trying to reach the Lockheed management for the P-80 project, the call was accidentally transferred to Culver’s desk. Culver answered the phone in his trademark fashion of the time, by picking up the phone and stating ‘Skonk Works, inside man Culver’. . . . The name stuck.”

Another potential contributing factor to the formation of the name was that during the development of the YP-38 project in 1939, Lockheed moved the “special projects” group into a building formerly occupied by a bourbon distillery, which had the lingering odor of sour mash and aging whiskey barrels.

Since Lockheed’s concept of the group was founded on absolute secrecy, and a need to innovate rapidly without the interference of corporate or government bureaucracy, the term “Skonk Works” (with the spelling changed to “Skunk Works” in the 1960s by request of Li’l Abner’s copyright holders), with its Abneresque implications of mystery, “inside man” structure, and flexible interpretation of the rules, may have begun as a tongue-in-cheek term or an inside joke, but turned out to be the perfect personification of the underlying concept behind this group of aircraft wackos, geniuses, and innovators.

However, Lockheed’s Skunk Works project was so groundbreaking in its foundational organizational structure, and created such far-reaching designs, that the term “skunk works” has entered the modern lexicon to mean more than Lockheed’s now-not-so-secret group of ingenious designers and engineers. In modern corporate management circles, you may hear business leaders referring to using “skunk works” tactics, where a small team of motivated individuals is given responsibility for developing something important, in a short time, with minimal management constraints or bureaucracy. Large corporations that compete in dynamic and continuously changing industries have adopted this organizational structure to stimulate innovative, break-the-mold, and/or secret projects.

Conflicting stories about the origin of the Skunk Works program

According to the biographies of both Kelly Johnson and Ben Rich (the first and second directors of Lockheed’s Skunk Works program), the secret project was founded in 1943 in Burbank, California, in order to fill the military’s need for a new jet fighter to compete with the growing German threat from jet fighter aircraft. The Air Tactical Service Command (ATSC) of the Army Air Force met with Lockheed, and one month after the meeting, Kelly Johnson and his associate engineers presented Lockheed’s XP-80 proposal to the ATSC. Two days later, Lockheed got the approval to get started on the development of the revolutionary jet fighter, with Johnson leading the team.

The formal contract didn’t arrive until 4 months later, and by that time the Skunk had nearly already given birth to its first official baby, the P-80 Shooting Star jet fighter, which the team conceptualized, designed, built, and delivered in a staggeringly short 143 days–7 fewer than requested.

(This kind of outside-the-box thinking and rapid development time became a signature feature of working with the Johnson-led Skunk Works, which often delivered prototypes on time or even early, and at or below budget. Johnson’s motto was “Be quick, be quiet, and be on time." That’s how you keep government contracts, folks.)

However, Warren Bodie, a journalist, historian, and Skunk Works engineer in the 70s and 80s, points out that the signature Skunk Works work ethic, innovation, elitism, and secrecy was evident well before 1943, when Kelly Johnson selected a group of engineers in 1938 to work on a new long-range escort fighter project that would become the P-38 Lightning. Walled off in a separate section of the building, with nobody outside the project allowed admittance, the group modified the requested specs and used revolutionary techniques in aluminum folding and riveting that gave the aircraft a smoother aerodynamic profile, and cemented its place as the first 400-mph fighter plane.

Whether the Skunk Works technically started in 1938 or 1943, and whether their first official product was the P-38 or the P-80, in our view, the P-38 had a distinct smell of skunk about it. An exceptionally powerful and fast fighter with a radical twin-boom fuselage design, the P-38 just feels like a Skunk Works product to us. Regardless, it became clear that this group of innovators would be a force to reckon with in the decades to come. 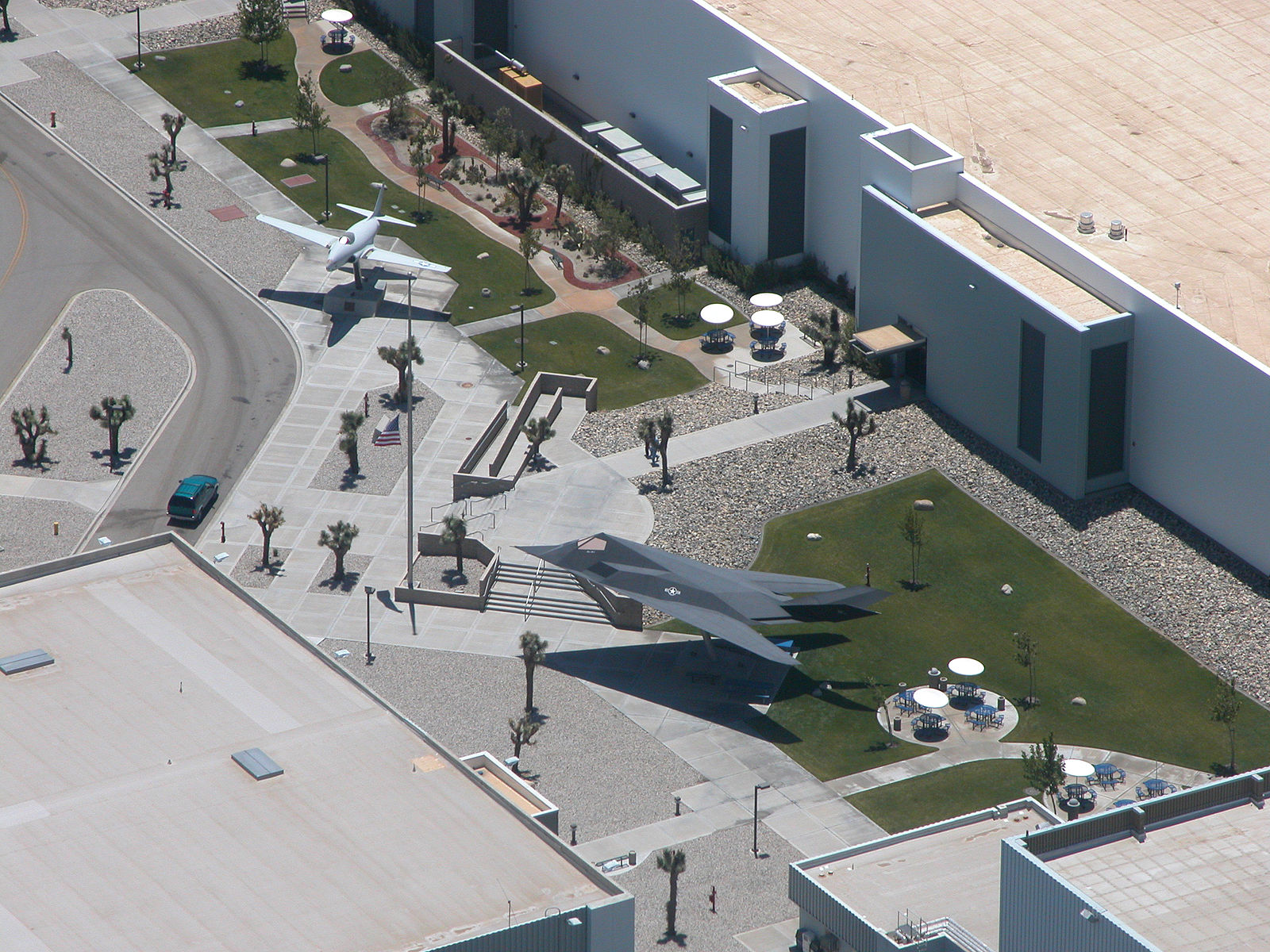 Johnson was known as an excellent designer and engineer, and a skilled salesman and shameless self-promoter of his ideas. But he also became known as a very effective leader who built innovative and productive teams, and championed a work environment where creativity and output could flourish. He came up with his “14 rules,” which we include here as points of discussion. Corporate management students can find many original seeds of their Six Sigma or other trendy management philosophies in Kelly’s 14 rules:

1. The Skunk Works manager must be delegated practically complete control of his program in all aspects. He should report to a division president or higher.

2. Strong but small project offices must be provided both by the military and industry.

3. The number of people having any connection with the project must be restricted in an almost vicious manner. Use a small number of good people (10% to 25% compared to the so-called normal systems).

4. A very simple drawing and drawing release system with great flexibility for making changes must be provided.

5. There must be a minimum number of reports required, but important work must be recorded thoroughly.

6. There must be a monthly cost review covering not only what has been spent and committed but also projected costs to the conclusion of the program.

7. The contractor must be delegated and must assume more than normal responsibility to get good vendor bids for subcontract on the project. Commercial bid procedures are very often better than military ones.

8. The inspection system as currently used by the Skunk Works, which has been approved by both the Air Force and Navy, meets the intent of existing military requirements and should be used on new projects. Push more basic inspection responsibility back to subcontractors and vendors. Don't duplicate so much inspection.

9. The contractor must be delegated the authority to test his final product in flight. He can and must test it in the initial stages. If he doesn't, he rapidly loses his competency to design other vehicles.

10. The specifications applying to the hardware must be agreed to well in advance of contracting. The Skunk Works practice of having a specification section stating clearly which important military specification items will not knowingly be complied with and reasons therefore is highly recommended.

11. Funding a program must be timely so that the contractor doesn't have to keep running to the bank to support government projects.

12. There must be mutual trust between the military project organization and the contractor, the very close cooperation and liaison on a day-to-day basis. This cuts down misunderstanding and correspondence to an absolute minimum.

13. Access by outsiders to the project and its personnel must be strictly controlled by appropriate security measures.

14. Because only a few people will be used in engineering and most other areas, ways must be provided to reward good performance by pay not based on the number of personnel supervised.

Johnson headed the Skunk Works until 1975, when he was succeeded by Ben Rich. Johnson remained at Lockheed thereafter as a consultant for Skunk Works projects.

What aircraft did Lockheed’s Skunk Works design and build?

As discussed above, with its twin-boom fuselage, central “pod-like” nacelle for the pilot and main armament, and secretive, innovative construction allowing for greater aerodynamic performance, the P-38 Lightning is, if not officially, at least spiritually a Skunk Works plane. Kelly Johnson was involved not only in the P-38 but also in the design of dozens of military and commercial aircraft during his 50 years at Lockheed, but the current list of Skunk Works aircraft is as follows (unless any more secret aircraft come to light):

That’s quite a playlist among aviation's greatest chart-toppers, but the hits just keep on coming. The Speed Racer project is the latest innovation coming out of the Skunk Works, and aims to not just represent a kickass multi-mission-capable UAV/strike aircraft, but also a new way of streamlining and unifying the conceptualizing, designing, and manufacturing process for military aircraft. The funky skunk continues to innovate, and we expect it will continue to do so for many years to come.