Your 5-min overview of the SpaceX Starship program 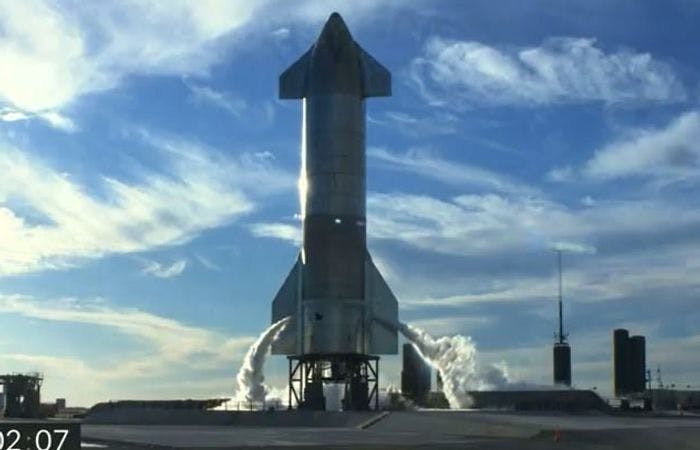 Any fans of Ray Bradbury or other pre-space-age science fiction will be familiar with the concept of daily “rockets to the Moon” or other mundane space flights imagined by starry-eyed authors and readers. While we have reached the point of general public disinterest in “ordinary” space launches of satellites and such, due to the regularity and relative safety of these accomplishments, we haven’t yet achieved the milestone of fully reusable space vehicles where the entire “rocketship” is utilized as a whole structure over and over again, like a commuter rocketship to the Moon might be.

While the Space Shuttle pioneered a reusable, landable space vehicle that could be crewed, launched, and landed repeatedly, the largest part of the launch assembly (the external fuel tank) wasn’t reusable, (mostly) burning up in the atmosphere. The Solid Rocket Booster (SRB) engines provided around 85% of the thrust at launch and for the first two minutes of ascent. After burnout, the SRBs were jettisoned and parachuted into the ocean where they were recovered, examined, refurbished, and reused. Over 5,000 parts needed to be refurbished for reuse after each flight. This was an expensive and complicated operation.

Well, SpaceX’s Starship program aims to change all that. Let’s go over the key features of the Starship and see how close we’re getting to a boringly reliable space commuter van.

What is the SpaceX Starship program?

The SpaceX Starship is designed to be the world’s first fully reusable space transportation system with the intent to carry both crew and cargo on long-duration interplanetary flights, help humanity return to the Moon, and eventually travel to Mars and beyond. SpaceX claims, “Starship will be the world’s most powerful launch vehicle ever developed, with the ability to carry in excess of 100 metric tonnes to Earth orbit.” (SpaceX’s Starship spacecraft and Super Heavy rocket booster—more on this below—are collectively referred to as Starship.) By (eventually) refueling the Starship spacecraft in orbit using tanker spacecraft, Starship will be able to transport larger payloads and more astronauts to other Earth orbits, the Moon, and Mars.

The technical challenges of a fully reusable space vehicle are almost overwhelming, not only from a durability standpoint but in simple weight/thrust ratios. An integrally fueled rocket must necessarily be extremely large to house the necessary fuel and rocket motors capable of taking crew and cargo into orbit, to say nothing of traveling to the Moon or Mars and back. The more thrust you need, the larger and heavier the housing and motors must be, and in a vicious cycle, the more thrust you then need to lift those larger, heavier components.

It’s for this reason that all crewed, orbit-capable space vehicles have relied on disposable first/second stage rockets, or as noted above, the partially disposable system of the Space Shuttle.

Reusable launch vehicles like those from SpaceX and Blue Origin to this point have been flirting with 100% reusability for years, utilizing recoverable, reusable boosters and similar tech, but a fully reusable, 100% self-contained space vehicle for crew and cargo has still not been achieved.

When will Starship launch?

Starship SN15 successfully completed its seventh prototype test flight, a high-altitude test launch and landing on May 5, 2021. However, since that date, both the Starship design and its integral Booster have undergone serious redesigns and upgrades, and SpaceX is currently on Booster 7 and Starship 24. Both have been extensively test-fired from static mounts, but neither have seen the stratosphere as of the time of this writing.

Multiple sources from 2022 stated that the Starship launch for an orbital test flight would happen “as early as June 2022,” or “later this year,” or was “highly likely in November 2022.” Well, obviously that didn’t come to fruition. The reason is that the original Starship design wasn’t capable of reaching orbit on its own. So Elon Musk and the team have been developing what they call the “Super Heavy” first stage rocket (which will also be fully reusable, but that has come with an entirely new list of technical and environmental challenges.

As Ars Technica explains, “Finishing Super Heavy itself was a monumental task. As that vehicle required 33 Raptor rocket engines, the company had work to do in terms of production to spool up that kind of capability. By way of comparison, the one-time propulsion leader in the United States, Aerojet Rocketdyne [link added —Ed.], has set a goal of building four RS-25 rocket engines for NASA’s Space Launch System a year. SpaceX is now building at least four Raptor rocket engines a week. The two engines are comparable in terms of their overall power. Then it became clear to SpaceX founder Elon Musk and his team that the original Raptor rocket engine was too heavy and lacked enough performance. So the company decided to hold off flight tests of Super Heavy until the ‘Raptor 2’ engine was ready. It seems to have been a smart decision. The original Raptor engine produced 185 tons of thrust, but Raptor 2 will have at least 230 tons. It should also cost half as much to build and be considerably more robust once its design matures.”

Another issue SpaceX has had to face in developing the “Super Heavy” iteration of Starship is that the original FAA certifications granted to SpaceX were based on their lighter, smaller Falcon 9 rockets, and the Starship system required potentially years of re-applications before it would be granted full permission to fly in earnest. However, another Ars Technica report states that a crucial environmental approval was granted by the FAA to SpaceX in June 2022 to launch its Starship rocket from the new Boca Chica site in South Texas. “The FAA's final environmental assessment was made significantly easier because SpaceX amended its plans to delete three major components of the launch facility. The first of these would take commercially supplied methane and eliminate some impurities to generate a fuel compatible with the company's Raptor engines. But changes to those engines have made them capable of operating with commercial-grade methane, eliminating the need for this facility. The other major eliminations were a desalination facility and a power plant that would be needed to operate it.”

In October, 2022, the latest Starship (Ship 24) was lifted onto the latest booster (Booster 7) on the Texas launch pad and full “wet tests” (fueling and preparing the complete system for launch) were slated for late 2022. SpaceX has run several partial static test firings of the Booster section in November 2022, but it appears only the LOX portion of the booster was fueled, and not the upper, methane portion. They have also been dealing with fragmenting concrete at the launch site due to the supersonic shock waves and exhaust of the huge rocket, as well as salt corrosion on the launch base from nearby ocean breezes. It’s still unclear how SpaceX will eventually deal with these issues.

The successful launch of NASA’s Space Launch System (SLS) and its uncrewed Artemis I/Orion payload on November 16, 2022 has attracted much attention from the aerospace community, as it is the most powerful rocket ever built. With 8.8 million pounds of thrust, the SLS is 15 percent more powerful than the Saturn V.

However, if Elon and company get their way, this record won’t stand for long. Teslarati points out, “But just as SLS [unseated] Starship’s position as the most powerful active rocket in the world, Starship is poised to beat SLS to become the most powerful rocket ever flown – successfully or not – when it attempts its first orbital launch either next month or early next year. With all 33 Raptors at full throttle, Starship can produce almost 7600 tons (16.7 million pounds) of thrust at liftoff, beating the previous record-holder – the Soviet N1 rocket – by nearly 60%.”

Here’s hoping they can pull it off successfully, and the world’s citizens can soon be commuting to our soul-sucking desk jobs in cube farms on the Moon.