What is thermal management for aerospace, aviation, and military applications? 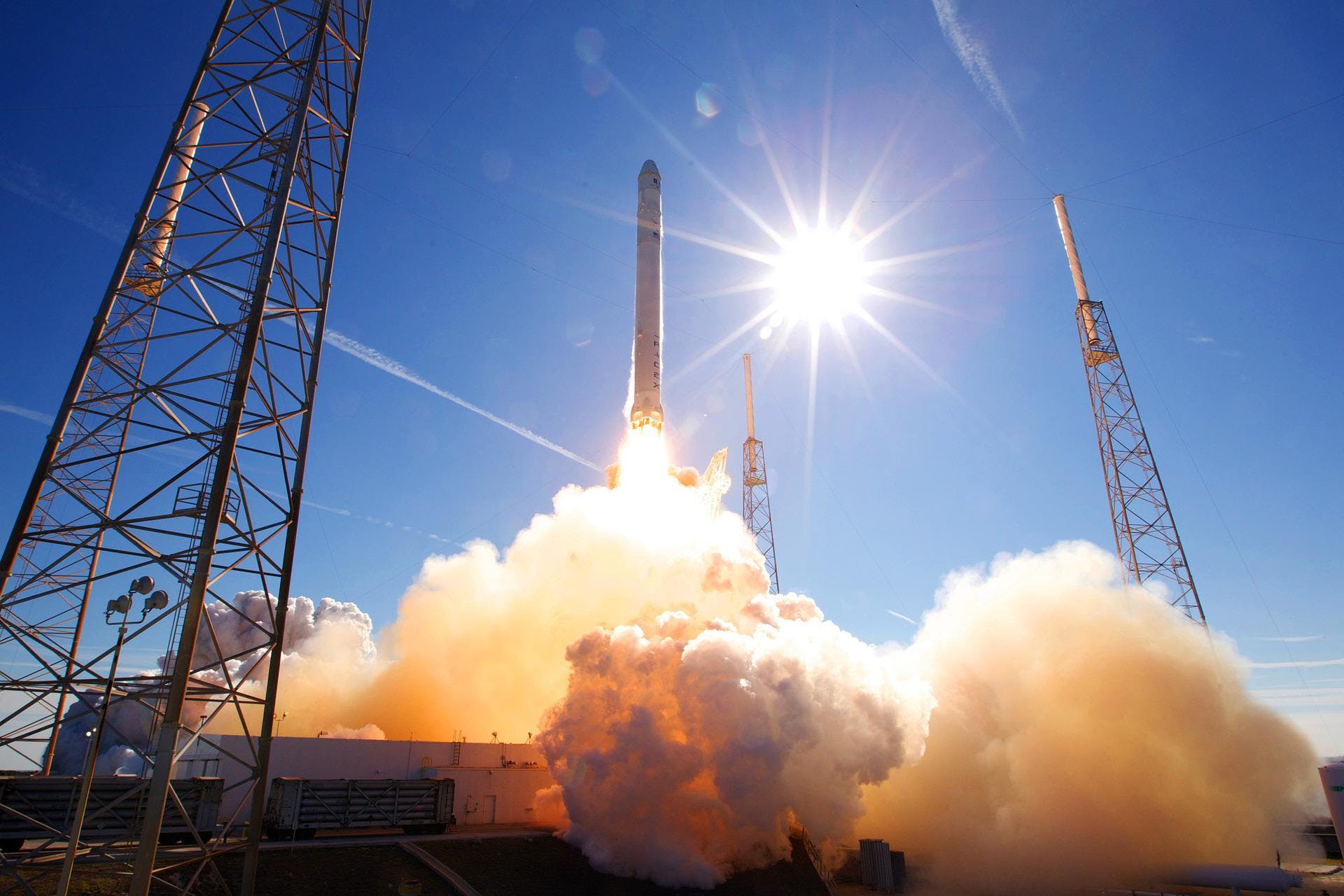 When Riff (or Ice, depending on which version of West Side Story you’re watching) says, “Keep coolly cool, boy! Don't get hot,” he likely didn’t know he was vocalizing the core philosophy behind thermal management. Or maybe he did, but was otherwise occupied dancing, snapping his fingers, and being a Jet all the way. Since he got shivved, I guess we’ll never know.

What is thermal management?

In simple terms, thermal management is the engineering discipline that deals with the heating or cooling of systems, structures, and/or technology. In nature, human beings and some other mammals have sweat glands that allow evaporative temperature regulation. Elephants have large ears to act as radiators (and fans) to cool their large bodies in the heat of the savanna. Whales have thick skin and insulating blubber to keep their mammalian blood warm even in the coldest oceans. All of these attributes are biological thermal management systems.

When it comes to thermal management for aerospace, aviation, and military applications, it’s all about developing systems and technology for shedding heat (when you don’t want it), and keeping heat where it belongs (when you do want it).

This can be with the goal of keeping human beings and their vegan tuna sandwiches at the appropriate temperature in harsh environments, or keeping technological systems at the right temperature for proper function, or both.

There are multiple ways to accomplish these goals, and some work better than others. Let’s go over some key considerations, and discuss how thermal management is integral to enabling innovation in space, aviation, and military applications.

What are the main types of thermal management systems for aircraft, space systems, and military applications?

The most common types of thermal management systems in the aerospace, aviation, and military arena are: vapor cycle systems using refrigerants; liquid cooling/heating systems; convective heat transfer systems manufactured into or added to device itself (for example, fins); forced ventilation systems using axial fans or ducted high-speed airflow (on some aircraft, for example); and occasionally thermoelectric or peltier devices. In some stationary or large-scale applications (such as a permanent lunar outpost), conductive heat-sinks can be utilized, though their application in vehicles for aerospace and aviation is rare due to their relative inefficiency, size, and weight.

What are the ideal characteristics of a thermal management system to allow innovation in space, aviation, and military use?

However, other military applications, such as portable weapons systems, mobile launchers, and directed energy weapons, can benefit from similar optimizations as those intended for aviation and aerospace (like a heat exchanger designed specifically for reusable stage one rockets, for example). So, what are the key factors that designers of thermal management systems need to consider and optimize to achieve success and innovation in these demanding applications?

Imagine you’re designing a heat exchanger system for a lunar landing module or for the International Space Station. In this arena, every square centimeter of space is extremely precious, not only due to the design constraints of the final assembly but due to the precious little available space on launch vehicles. If a system is effective—but too large—it can’t be utilized.

Every gram of weight costs money, a metric buttload of it, to launch into space or carry around on an aircraft. If it’s too heavy, it’s not going along, even if it works. Ideally, thermal management systems for demanding aerospace and military applications are both light and compact.

It does no good to integrate a small and lightweight heat exchanger into your Louis Vuitton moon orbiter or stealth NGJ system if it doesn’t actually work very well. A highly efficient design is paramount. Intergalactic’s microtube heat exchangers are 2-3x smaller, lighter, and more efficient than traditional plate-fin designs on average, with advantages in performance, materials, manufacturing/inspection processes, size, weight, and customization.

Resupply on a lunar outpost or orbiting space station is expensive, infrequent, and difficult, and that may be the acme of understatement. Every system on spacecraft must be extremely long-lasting and ideally require minimal and very occasional maintenance. Any failure here can be a mission-killer.

Thermal management components for avionics or environmental control systems (ECS) in aircraft need to be durable and super-reliable. The more time you spend inspecting, maintaining, or replacing components, the more money you spend and the fewer mission objectives and timelines you meet.

Furthermore, any system or device for military use in weapons systems or vehicles will be run through the grunt gauntlet, banged around mercilessly, futzed with, and possibly puked on by the end user. If the technology is too delicate, it won’t last long and will be of little use.

Any system intended for aviation and space use needs to function in negative-, zero-, low-, and high-gravity environments. As we pointed out in our article on thermal challenges for a permanent lunar outpost, NASA reported, “the IR load grows substantially faster than the solar load drops as the radiator is tilted off of the horizontal to reduce the incoming solar load. In addition, a small angular tilt could prevent heat pipes embedded in a large radiator from functioning in lunar gravity.”

Similarly, an ECS or avionics cooling system for a jet fighter that can pull 9 Gs with a full internal fuel load needs to remain fully functional while being subjected to rapid and radical swings in G load, including negative G.

Human thinking and achievement is expanded by innovation, and this can occur as the result of reimagining a large and complex system, or by reimagining a single component of that system.

For example, until relatively recently, stage-one rocket motors for launching stuff into orbit (or to the Moon or other planets) were single-use-only. In the first decades of space flight, the technology wasn’t deemed necessary (or possible) that allowed rocket boosters or other components to be recovered and reused.

The Space Shuttle was a breakthrough in reusable space vehicle technology (designed to fly at least 100 missions), but remember that only the shuttle orbiter itself can be used for multiple missions without major refurbishment. The huge external fuel tank (the largest part of the complete launch vehicle assembly) burns up in the atmosphere, and the “reusable solid rocket motors” (RSRM) can be recovered and refurbished, but the process for rocket booster recovery and refurbishment is pretty involved:

“The RSRMs burned for 2 minutes completing the Space Shuttle first stage, which ended at Solid Rocket Booster (SRB) separation. After separations the SRBs parachuted into the Atlantic and were recovered by the two SRB recovery ships. The ships returned the SRBs to the Kennedy Space Center for disassembly and postflight inspections. All recoverable hardware was then shipped back to Alliant Techsystems In. (ATK) facilities in Utah to undergo further disassembly, postflight inspection, and start the refurbishment process to make other sets of RSRMs. The RSRM was designed to make the most use of recoverable hardware. The majority of metal hardware was recycled through ATK’s Clearfield refurbishment plant in Utah and returned to a flight-qualified conditioned (sic).”

SpaceX has made tremendous innovations in reusable space launch motors and vehicles. Rather than parachuting into the ocean and requiring expensive and large-scale ship recovery combined with ground transport, the SpaceX system allows the rocket boosters to return to a land-based pad and may be simply refueled, inspected, and cleared for another launch.

Thermal management systems and components designed specifically for use on stage-one rocket motors (such as Intergalactic’s BoreasX) have to take into account not only the tremendous heat loads generated by the rocket, but also the fact that these rockets can “fly 10 times without any major refurbishment, and perhaps 100 times with periodic overhauls,” according to SpaceX’s Elon Musk.

Expanding the intended use and design parameters of any system necessarily requires innovation and refinement of every component of that system. Accordingly, if out-of-the-box thinkers can innovate and create game-changing technological breakthroughs in one aspect or component of a larger system, that system will be enabled to improve, evolve, and innovate in turn.

At Intergalactic, we’re proud to be on the front lines of innovation in thermal management systems for aviation, military, and aerospace applications.